Live streaming is something that most of us are familiar with, particularly in the past couple of years. No doubt many of us have had a good laugh seeing someone’s face freeze up in a not-so-flattering expression during a live streamed meeting. Live streaming and NFTs? What is that though?

Beyond that, what is all this NFT and blockchain business? It sounds like everyone has an opinion about it – it’s the future, it’s a Ponzi scheme, it’s all a bunch of you-know-what – but nobody can really explain it.

So let’s try and fix that problem, shall we? By the time we’re done here, you will have a much better understanding of NFTs, blockchain, and how it all ties in together with the power of live streaming.

Alright, what does that mean?

Fungible is something that is indistinguishable and can be replaced. Crypto coins are like that, 2 Bitcoins aren’t any different from each other so they are fungible. So are dollar bills for the most part. If you and a friend trade each other $1 bills you’re both left with, you guessed it, $1.

But NFTs aren’t like that. They’re non-fungible, totally unique digital creations. Each one has a one-of-a-kind digital token that makes it special and original.

NFTs can be numerous things: digital copies of real-world items, gifs, music, videos, or even Tweets to name a few. As of this writing, most of the NFT hype surrounds digital art – buying, making, selling, and collecting it.

Take this gif for instance. Someone out there has the “original” NFT copy of this gift, something nobody else does.

It’s the internet though, couldn’t I just copy and paste something?

Well… yes you could.

There’s nothing stopping you from copying and pasting a gif or streaming a song, even if someone else owns the NFT of it. However, unlike digital art itself, NFTs can’t be copied and pasted. So why are people so obsessed with buying and selling them?

By looking at the world of fine art we can understand this better. Below is the most expensive piece of art ever sold: Leonardo da Vinci’s Salvator Mundi. 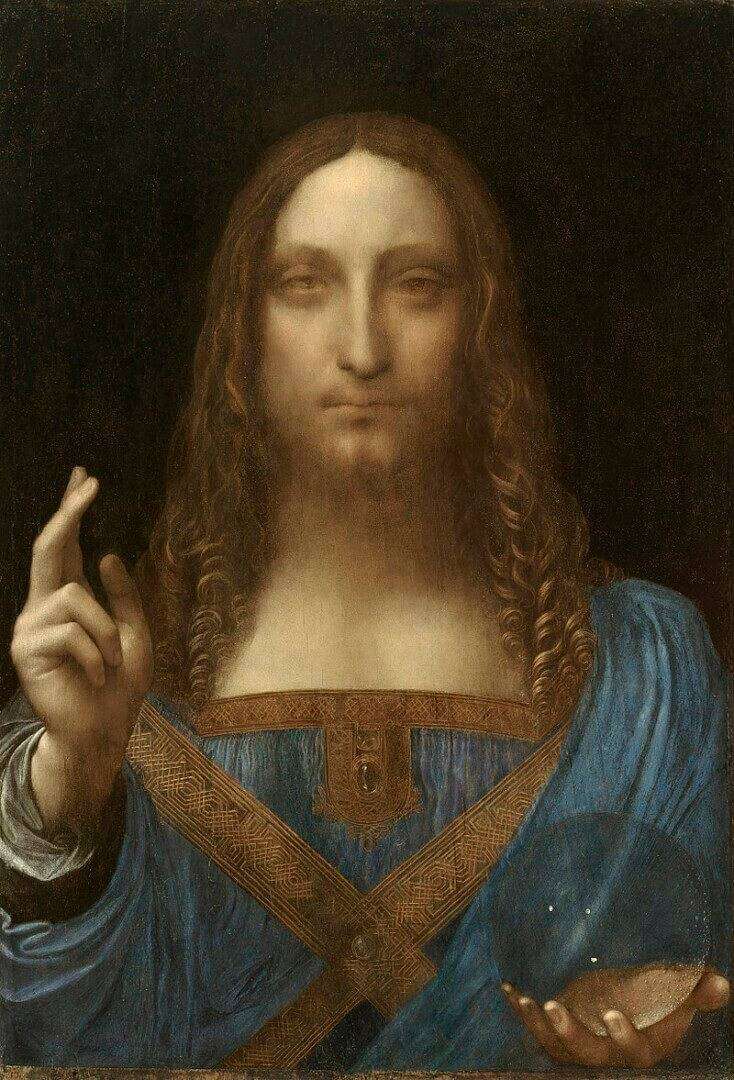 It was sold in 2016 to the Crown Prince of Saudi Arabia, Muhammad bin Salman, for a whopping $450 million USD!

If you wanted, you could easily buy a copy of it and hang it up in your house, couldn’t you? Or put it on a coffee mug, t-shirt, or bumper sticker. But none of those things would be worth $450 million. That’s because they’re not the original, and original art sells for a much higher price than any copy could ever hope for.

The same is true for NFTs as well.

How people make money with NFTs

There is likely an infinite number of ways to profit with NFTs, but the following are the most popular:

Digital artists can now actually sell original copies of their art. They can even retain royalty rights to their work so they always get a percentage no matter how many times their NFT is sold.

For the longest time, Beeple’s Everdays: The First 5000 Days was the most expensive NFT having gone for $69 million! However, just before New Year’s Day 2022, artist Pak sold his NFT, The Merge, for an astonishing $91.8 million! 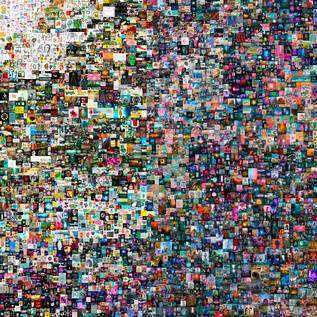 Remember when your parents said art school would’ve been a waste of money?

Also known as collections, communities have sprung up around NFTs, with one of the most popular being the Pudgy Penguin community. It’s exactly what it sounds like – people buying and selling jpeg NFTs of cute, chubby penguins for sometimes as much as half a million dollars.

At the end of 2021, the top 100 most valuable collections were all compiled and counted. Together they boast a value of $20 billion USD! 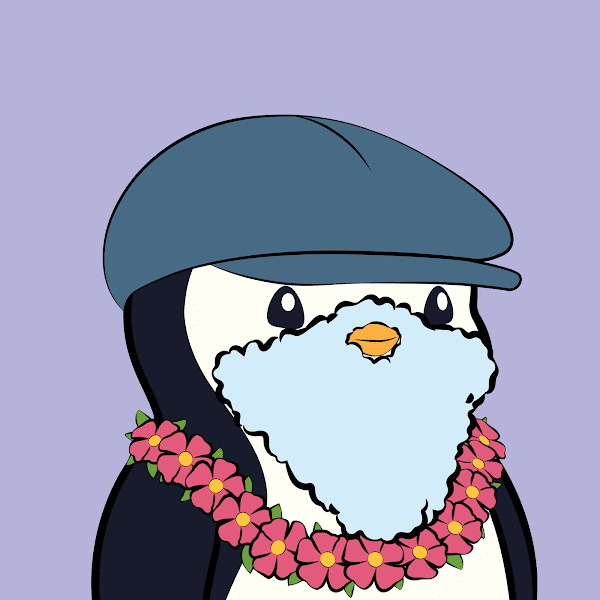 For many people, NFTs have become similar to crypto, stocks, or gold. Buy them when they’re cheap, and then hopefully sell them to someone willing to pay a lot more than you got them for.

Obviously, this is a bit speculative, and with that comes some risk. Our advice: don’t spend any money that you’re not willing to lose.

How NFTs, and Web 3.0, might change everything for artists

There’s an idea that we are on the cusp of the next stage of online relationships and economics. This idea, also known as Web 3 or Web 3.0, predicts that soon the internet will be based on blockchain and NFTs.

Why is that meaningful? Many predict that it will take the money and power out of the hands of large corporations like Facebook, Twitter, and Google, and instead give it back to the creators.

To further explain this point, we’re going to offer another analogy, this one a bit more modern: the world of music. 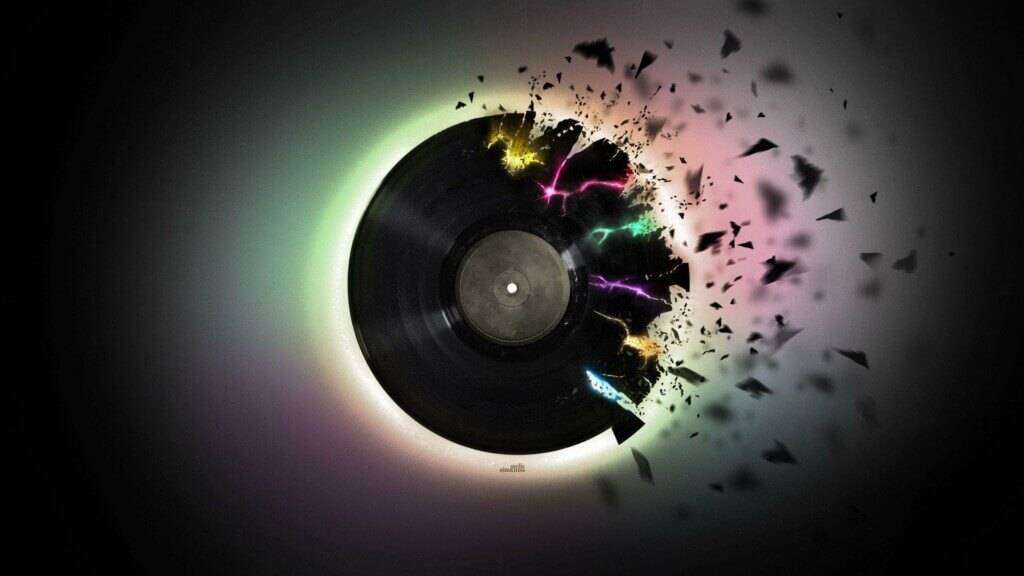 Before the invention of the World Wide Web artists and record labels made huge profits by selling physical albums. In 1999, record labels were selling over 3 billion records, and nobody expected it would change anytime soon.

The early internet and Napster suddenly changed everything. People stopped buying music and started downloading it for free instead. Even though the company was brought down by a $300 million lawsuit in 2003, there were already dozens of other online piracy sites ready to take its place.

This is where we are today. Music streaming sites like Pandora and Spotify have overtaken physical sales and have managed to bring some money back to the creators. Sadly, artists collect less than one-tenth of one cent every time their song is streamed on most of these sites. This makes it very difficult for most musicians and other artists to earn a living in this modern online economy.

These sites often rely on ad revenue or subscriptions, all money that goes to the tech companies, not to the creators themselves.

NFTs mean artists can get creative and sell digital copies of everything: songs, albums, tickets to live stream concerts – it’s all possible in the new internet economy!

Because they are unique, it creates a special connection between the artist and their fans. For those interested in making a profit, imagine discovering an artist, buying an NFT of their first album, and 10 years later they’re the next Ed Sheeran or The Beatles. Can you imagine how much you could sell that NFT album for??

The great thing about NFTs is that anyone can make them. You don’t need any specific company to make digital memorabilia for your online concert. You as the artists can do it and sell it yourself, and you have the potential to make a lot of money too.

How are NFTs changing live streaming?

At the moment, the potential is limitless. We’ve already listed a few examples above about how live streaming and NFTs can bring control back to the creators, but we’d like to focus on two things in particular.

One of the best things about live streaming is that it makes it easier for people to develop authentic connections with each other. Being able to communicate live means that you can have natural and authentic conversations like you would if you were standing in front of someone.

So where do NFTs play into that? Artists and content creators putting out unique digital tokens for their fans means that a fan is able to stand out and hold a bit more of a special place in the eyes of the streamer by owning a one-of-a-kind NFT.

This also lets streamers connect to new fans as well, since fans might want to trade NFTs of streamers with their friends or online community, bringing in even more people to their audience.

For years, live streaming has been a promise specifically to artists that they can profit from their talents. With the power of NFTs though, anyone can turn live streaming into a chance to earn.

More and more artists and turning to live streaming lately, which means that there is an even greater chance to get NFTs from artists who are just beginning to find their audience and hone their talent.

For fans, discovering someone new who has incredible potential means that they could be the first to purchase their NFTs. Once the broadcaster has grown and found more fans and fame, then whoever owns the NFT could sell a “first edition” NFT for an incredible amount of money!

Not to mention, the streamer can continue to make different and newer NFTs, even starting NFT collections with other artists, which means that they have a chance to keep earning huge sums of money even while they’re not streaming live.

As many of these future technologies come together, we have even greater opportunities to connect and make money. Live streaming and NFTs have the potential to make each other even more popular, enjoyable, and profitable for everyone.

Want to see how live streaming combines with NFTs? Make sure you first download the Tango Live app either on desktop or from the Google Play Store or Apple App Store. While you’re at it, keep checking our blog for even more updates and follow us on Facebook and Instagram for exclusive deals and important information!

37 Streaming Ideas You Have To Tr...
It’s not easy to stand out as a ...
Tango Has Released Our Most Excit...
Have you heard the big news happ...
Tango Hacks! Get More Coins
Ready to learn some great tricks...
Your Live Streaming Masterclass M...
Does earning diamonds come as ea...

Get paid for live streaming
Live streaming Guide
How to Live stream on Tango
Tango App Download
Music Live stream
Blog Categories:
Live stream Academy
News & Events
Product & Trends
Streamer Spotlight
We use cookies on our website to give you the most relevant experience by remembering your preferences and repeat visits. By clicking “Accept”, you consent to the use of ALL the cookies.
Do not sell my personal information.
Cookie SettingsAccept
Manage consent

This website uses cookies to improve your experience while you navigate through the website. Out of these, the cookies that are categorized as necessary are stored on your browser as they are essential for the working of basic functionalities of the website. We also use third-party cookies that help us analyze and understand how you use this website. These cookies will be stored in your browser only with your consent. You also have the option to opt-out of these cookies. But opting out of some of these cookies may affect your browsing experience.
Necessary Always Enabled
Necessary cookies are absolutely essential for the website to function properly. These cookies ensure basic functionalities and security features of the website, anonymously.
Functional
Functional cookies help to perform certain functionalities like sharing the content of the website on social media platforms, collect feedbacks, and other third-party features.
Performance
Performance cookies are used to understand and analyze the key performance indexes of the website which helps in delivering a better user experience for the visitors.
Analytics
Analytical cookies are used to understand how visitors interact with the website. These cookies help provide information on metrics the number of visitors, bounce rate, traffic source, etc.
Advertisement
Advertisement cookies are used to provide visitors with relevant ads and marketing campaigns. These cookies track visitors across websites and collect information to provide customized ads.
Others
Other uncategorized cookies are those that are being analyzed and have not been classified into a category as yet.
SAVE & ACCEPT